This lecture was originally presented at an international symposium commemorating the centennial of Ostad’s Elahi birth, and was subsequently published in Les Cahiers d’Anthropologie, No. 5, Presses de l’Université de Paris-Sorbonne.

The Court of Appeals is truly an ideal forum to discuss the question of ethics and rights, for it highlights the importance of ethics in legal and social relations. Ostad Elahi, whose centennial we are commemorating this year, never separated his personal research in the field of ethics from his professional life as a judge, for he considered the practice of ethics to be an extension of his profession. The goal of this lecture is to present a few aspects of the philosophy of this distinguished figure who is still relatively unknown in the West, although due to time constraints we will have to forgo a review of his biography.

As the honorable Chief Justice reminded us a few moments ago, the word “ethics” has various meanings. It is not necessary to repeat all of them, for what we are concerned with here is ethics in its broadest sense; in other words, norms of personal conduct based on constant, pre-established, and immutable principles shared by humanity at large. Although everyone may not be in agreement with this definition, it allows us to at least establish the subject of our talk. We shall examine two fundamental concepts in Ostad Elahi’s thought: the principle of respecting individual rights, which in a sense could be considered as a direct consequence of distributive justice, and the principle of equity.

Ostad Elahi served in the judiciary from 1933 to 1957 in various cities throughout Iran, at times as an examining magistrate, at times as a public prosecutor, and ultimately as head of the court of appeals. Jurists who are aware of the differences between seated judges and standing judges in a nonadversarial legal system will appreciate Ostad Elahi’s complementary vision of these two arms of the law. He considered the judiciary as one of the most important elements in society, often mentioning that the profession of judges and physicians are sacred indeed. Ostad also believed that a simple reading of our statutes made it clear that the rendering of justice was in many ways more difficult than diagnosing an illness, for a judge not only has to assess a particular situation and interpret the specific facts, but he must also weigh the various interests involved—those of the immediate litigants as well as those of the public at large.

In addition, as most statutes tend to be obscure and at times even flawed, a judge’s task goes beyond a mechanical application of the law. Nonetheless, judges are entrusted with a moral and professional imperative to resolve disputes, an undertaking that requires rigor, competence, and diligence, in addition to a sincere and constant inner concern, if you will, to render fair and impartial justice. This inner concern was apparent in Ostad Elahi, whose advice and recommendations to colleagues and friends alike on how to perform one’s judicial functions are a testament to this inherent disposition. Ostad Elahi used to say: “Like an experienced jeweler who recognizes a piece of jewelry at first glance, after four or five years a judge instantly recognizes what an accused person is up to; that is why wrong verdicts are quite rare.” “Of course,” he would add, “this is true only of those judges who are committed to being honest at all costs.” One might say that this is self-evident, but it is far easier said than done!

The training of a judge, then, is not merely confined to the study of jurisprudence and the acquisition of the requisite competencies. Rather, it is essential above all else for judges to develop a spirit or sense of immanent justice, for it is this very quality that is critical in guiding them toward rendering just verdicts. As you can see, this is a high moral imperative indeed. As the discussion here concerns intentionality, a judge is therefore empowered to remedy the harmful effects of a given law, which may otherwise become overly rigid and incongruent with the circumstances at hand if it is not correctly understood or applied without moderation. It is within such a context that one can appreciate the extent to which judicial practice can be a field for experimentation and a true method for the acquisition of values.

It is necessary to say a few words here about distributive justice and its corollaries in Ostad Elahi’s system of thought. You may be wondering if it is even possible to reconcile the two dimensions of a judge’s profession: the observance of personal ethics, on the one hand, and the application of jurisprudence, on the other. Indeed, this may sound somewhat idealistic given that certain schools have even sought to establish a total separation between the two. Yet, doesn’t the law precisely seek to restore each person’s rightful due, and in so doing establish public order and social justice? Indeed, isn’t this the very definition of distributive justice?

Distributive justice, then, means to render each person his or her just due. The establishment of such justice results in respect for the rights of others, which, incidentally, is one of the basic tenets underlying all of French law. To achieve ideal justice, human beings must respect each and every right, which is why the foundations of distributive justice are necessarily metaphysical. And here, we enter into the heart of the matter: in reality, by virtue of its existence, every being is endowed with fundamental rights that create a sphere of intuitu personae which cannot be disregarded.

Accordingly, the rights of each individual necessarily intersect with the obligations of others. Each person is obligated to respect the rights of others, and the observance of these various rights requires the drafting and implementation of laws that will ensure their compliance. As such, rights and duties become inseparable: both are engaged in a dialectic relationship that originates from the same conception. One of the original points in Ostad Elahi’s thought is this special emphasis on observing the rights of all beings—whether humans, animals, plants, or minerals. This view should not be confused with utilitarian and specious trends in the theory of law, for Ostad Elahi draws a significant distinction between humans and predetermined beings. Only humans are endowed with free will, which enables them to make choices that may result in mistakes. Free will, then, is an irreducible dimension. From this perspective, we can better understand the meaning of the following maxim by Ostad Elahi: “The central axis of life in this world rests on a single principle: respect for the rights of others.” This basic principle underlies the ideal functioning of society, as well as the dimensions of a jurisprudence that is rooted in a genuine consideration of each person’s rights rather than an intuitive blend of benevolent sentiments and noble affections. Naturally, this conception of rights is inseparable from a precise assessment of each situation, while consideration of the complexity of a matter and the necessity of extreme precision in establishing its facts remain self-evident. 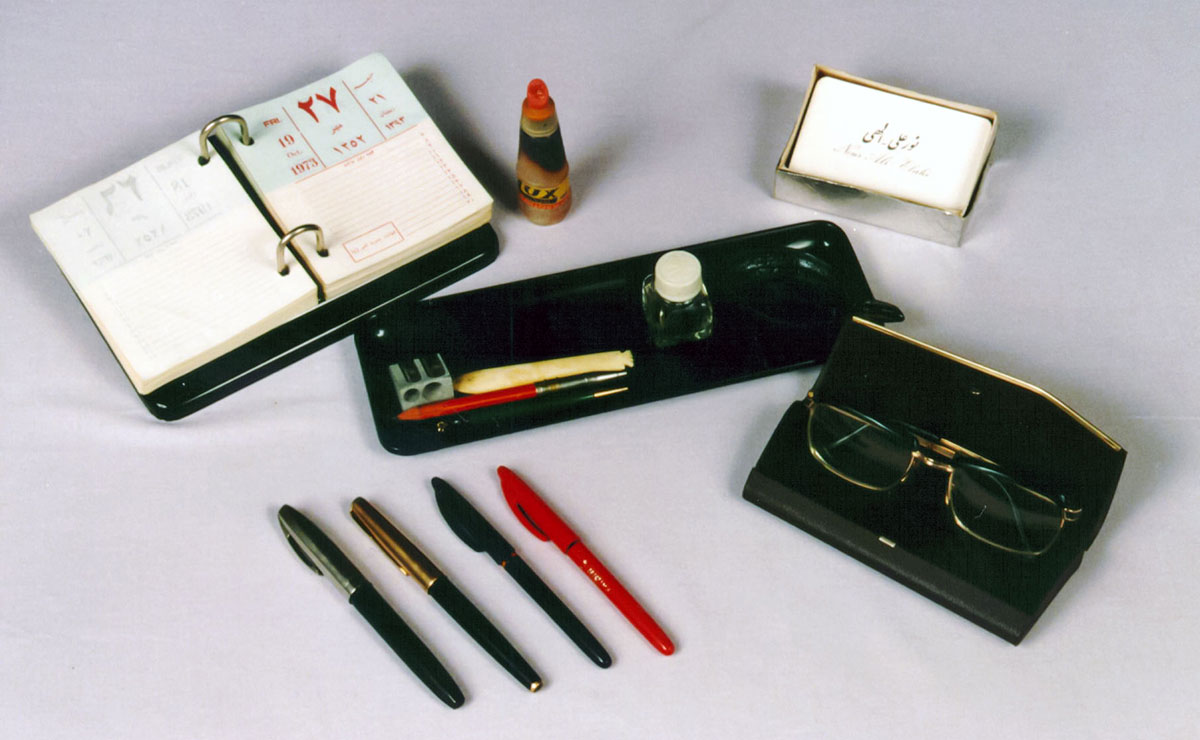 The second point I would like to discuss today is related to the concept of equity. It was Ostad Elahi’s stringent and tireless quest for fairness and his outstanding integrity that earned him the respect of judges, lawyers, and interested parties. Equity, for Aristotle, arises from mediation between the abstract rigor of the law and the concrete case at hand, and is always linked to the perilous practice of rendering a judgment, a practice that should not rest solely on the rigidity of the written law. Rather, each particular situation must be examined independently and the stakes of each party carefully evaluated before any decision can be made. In keeping with the original meaning of equity, derived from the Latin equitas, this exercise is inextricable from a personal and specific frame of mind: that of equanimity or an inner sense of justice, which brings us to the essential point of remedial justice.

All of us are witness to the fact that inequalities exist. It is the responsibility of the judicial system—and here I again concur with Chief Justice Pierre Drai—to remedy these inequalities by essentially inverting them. Ostad Elahi’s conduct was a perfect illustration of this, as he would pay special attention to the rights of the indigent and weak, those such as minors and orphans who required the protection of the Court. And in this way, discrimination, which leads to resentment, insubordination, and revolt, is replaced by balance and moderation. Hence, as Ostad Elahi would say, “The best course of action undoubtedly lies in moderation.” This moderation should not be misconstrued as a matter of compromising or choosing the lesser of two evils. On the contrary, it is a summit that can only be reached through inner purification and the perfect application of the fundamental principles of ethics. Beyond his guidance on equity and moderation, Ostad Elahi also emphasized humanity and compassion, which would perhaps explain why he never issued a death sentence during his tenure as a judge.

In conclusion, we should say a word about the philosophical foundations of Ostad Elahi’s choice to adopt a judicial career. Such a choice is rooted in the inner depths, in the very conscience, of an individual. A review of these foundations leads one to a critical examination of the nature of one’s conscience and thus the metaphysical significance of human beings, an important discussion that requires more time than a single lecture affords.