The Renouncement of Renunciation

With a sweeping turnabout in his lifestyle and thought, Ostad Elahi renounced his previous ways, emerged from his father’s beautiful garden, and tasted life amid society to lay the foundations of his future thought. He entered the civil service and worked in the Ministry of Justice for almost thirty years until reaching the highest rank in the judiciary. When he decided to assume a government post, he cut his long hair and exchanged his white robes for the suit and tie worn by dignitaries. This bold initiative, the inevitable culmination of a lengthy process in which profound reflections together with spiritual inspirations had fermented and reached their maturation, carried profound symbolic and emotional value.

A closer look at Ostad Elahi’s life reveals that even when he entered society, he did not cease being mindful of the Source for an instant, just like the time he spent in the hermitage, nor was he inwardly influenced by the prevailing attitudes and values. As was his practice, he would stringently observe spiritual, moral, and secular laws. Preferring divine contentment to everything else, he remained indifferent to conventional standards and pursued the course of action that would guide him toward divine contentment. It was by virtue of this inner strength that he was able to rise above the trials and tribulations of daily life, unafraid of the hardships, opposition, and threats that he encountered. These hardships and threats occasionally resulted from his judicial verdicts, which were contrary to the desires and interests of local influential clans, and at times precipitated his premature transfer to other posts. 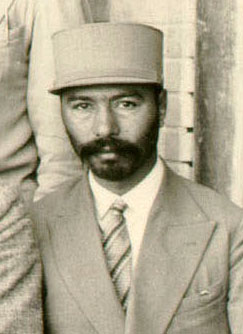 The evolution of his thinking during these years confirmed that the education and development of the soul should not be confined to a spirituality that was reserved for a select few outside the mainstream of society. His discoveries in the spiritual world, which were the product of years of asceticism, contemplation, and practice, coupled with his ongoing theological and philosophical research, propelled him to innovate a new method that transcended race, color, and gender; a spirituality that was accessible to everyone regardless of individual cultures and backgrounds, one that could withstand the test of time and focus only on the Truth, beyond any exoteric religious or ritualistic considerations.

Truth is knowing what we are, where we have come from, what duties we have here, and where our ultimate destination lies. To access the Truth, we must devote ourselves to the pursuit of this knowledge and seek to understand it through practice.

The quest for Truth—something his father had given him a taste of during his solitary retreats spanning his childhood and adolescence—was realized by subjecting himself to the most difficult of experiments, embracing a variety of situations, and experiencing numerous highs and lows. In doing so, he founded a method that he has placed at the disposal of all interested seekers. This innovative approach is at once easy and difficult: it is easy insofar as one must live a normal and active life in society, and quite difficult in that one must avoid being negatively influenced by it. Having personally navigated the numerous obstacles of daily life, he has laid out a detailed roadmap for this journey in his works, including all of the bends and turns along the way.

When he began working in the government he had concealed his spiritual rank such that aside from a few close friends who mostly loved and respected him unconditionally, no one suspected that he was much different than the others, except for the fact that he never deviated from his ethical principles or humanitarian bent. Most knew him as an honest and upright judge, a sympathetic and respectable father, a dignified person and adept musician, or as a sincere and close friend. In reality, the more he would perfect himself inwardly, the more he would conceal the dimensions of his spiritual personality. Throughout his entire life, no one was able to discover the full extent of his spiritual dimension, aside from a few close students perhaps.

Ostad Elahi viewed the whole of creation as a cohesive unit that had been brought into existence on the basis of benevolence and justice. His personal experience and observations led to a philosophy whose inclusivity renders it independent of any creed, culture, race, or nationality, while its simple and practical methods make it readily adaptable to the lives of individuals anywhere in the world.