Nur Ali Elahi, more widely known as Ostad Elahi due to his mastery in the domain of spiritual knowledge and sacred music, was born and raised in an environment permeated with pure spirituality. His native village of Jeyhunabad, located in a remote area in the tranquil plains of western Iran within the province of Kermanshah, has given rise to prominent figures for over a century and is considered one of the mystical centers of the region. His parents, Nematollah Mokri Jeyhunabadi (Hadj Nematollah) and Sakineh Khanum, had married at a young age in accordance with the local custom of the time and shared a deep affection and respect for one another. An influential figure within the Ahl-e Haqq order, Hadj Nematollah was a well-respected spiritual luminary who was widely recognized for his exceptional faith, rectitude, and courage. He was also a master of the tanbur, an ancient long-necked lute primarily devoted to sacred music. 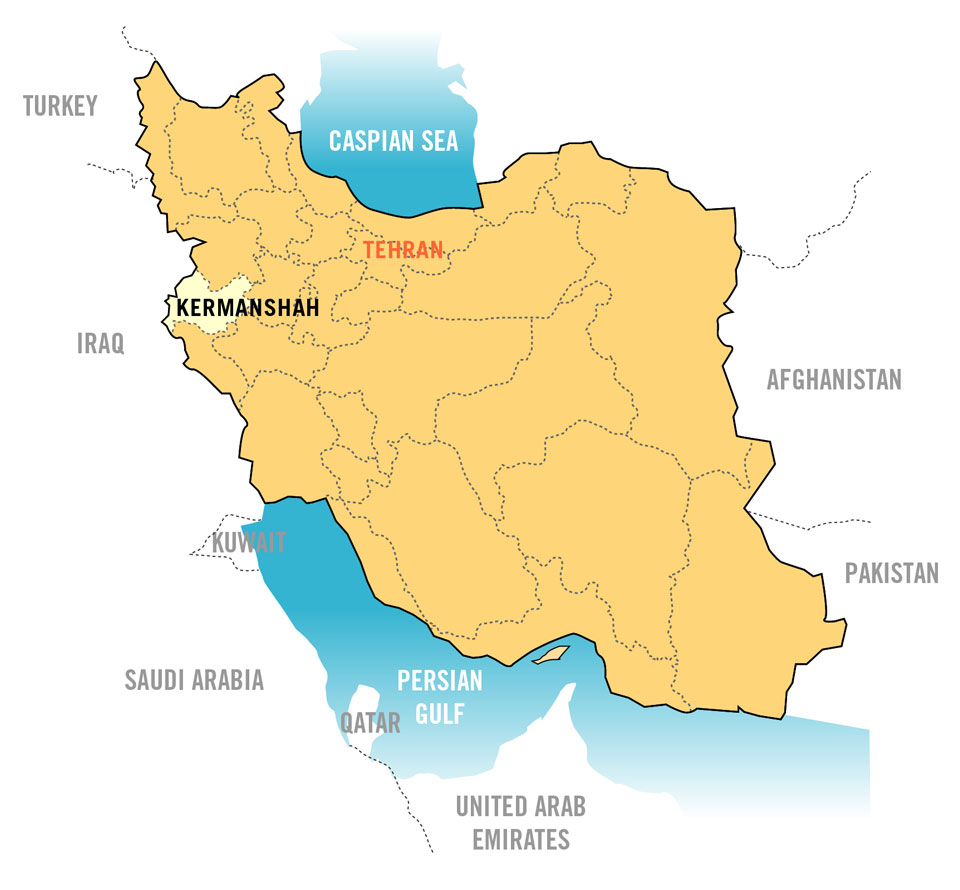 Ostad Elahi was around the age of five or six when a profound mystical experience completely transformed Hadj Nematollah and led him to abruptly renounce all material preoccupations. Withdrawing from society, he began a simple ascetic lifestyle characterized by the practice of constant devotion and lengthy retreats. These devotions and retreats were accompanied by more or less consecutive periods of 40-day fasts, solitary contemplation, spiritual teachings, charitable deeds, research and authorship, and, on rare occasions, group prayers. His wife, who accompanied him fully in his vocation, likewise renounced all the material advantages she had been accustomed to since childhood and wholly devoted herself and her material means to her husband’s path.

Despite the fact that Hadj Nematollah sought to shun fame, his reputation quickly spread as a result of his many wonders; in less than two years, several thousand people had gathered around him hoping to benefit from his bountiful presence. Among them were some 2000 adherents who had come from near, far, and even abroad. Seeking to emulate their leader, these dervishes engaged in self-purification, contemplation, and prayer. It is well known that Hadj Nematollah was quite sensitive and paid special attention to his dervishes’ self-restraint and the details of their personal lives, to the extent that they were not even permitted to do certain things deemed customary for others. For example, they were prohibited from smoking, drinking tea, amassing wealth, and, in some instances, from pursuing even an ordinary livelihood. As long as they were present in the hermitage and Hadj Nematollah’s quarters, they had to assume a uniform attire and were expected to perpetually observe the four pillars of the Ahl-e Haqq: purity, rectitude, self-effacement, and self-abnegation.

It was in this pure spiritual atmosphere that Ostad Elahi began a new life of devotion and contemplation, accompanied by a spiritual education.

At the outset, my father had twelve dervishes and they gathered in private for one year. I would attend their gatherings and served as the focal point of their spiritual love. From the beginning of the zekr, I would spin around myself like a top, with my long hair flowing… At times, the zekr would last for hours, and I would be spinning the entire time.

His father had named him “Fatollah” during his childhood, but called him “Kuchek Ali” (Little Ali) out of his love and veneration for Ali. Although Kuchek Ali was the only child in the household for some years, he would later attest that he never knew any boredom. Aside from music, he kept himself busy at home with his own original games, inspired by the spiritual atmosphere and environment in which he was raised and reflective of his own distinct personality. Years later when asked whether it bothered him to be alone and not to have any playmates, he answered, “No, not at all.” 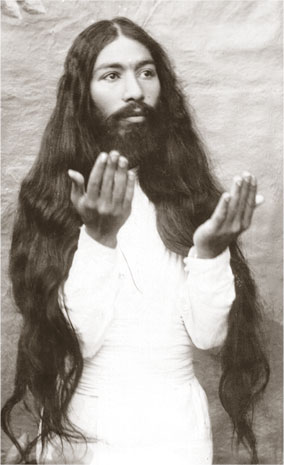 During this time, spiritual music occupied a prominent role in his life. His constant practice, which at times kept him engaged throughout the night, led him to master this instrument in less than three years, such that few could play the pieces he artfully rendered. Perhaps it was the atmosphere of those spiritual nights or the nightly vigils of his childhood and youth that had opened new doorways onto the spiritual world that intensified his fondness of this music. Later, after exploring different spiritual realms through music, he concluded that music was an effective tool for communicating and engaging with the Beloved.

Parallel to his spiritual and musical training, he also received the classical education of the time, though not as intensely as his spiritual lessons. His father firmly believed that before the imperious self awakened, its means of exertion had to be closed; once this had been achieved, a material education could be sought. At any rate, his studies were at times conveyed by a home tutor and at times through formal school attendance. But the one person who undoubtedly played the greatest role in Ostad Elahi’s education and whom he praised more than anyone else was his father. As an experienced mentor, Hadj Nematollah was able to fully facilitate his son’s aptitudes without recourse to any compulsion. Indeed, there was something greater than just a father-son relationship between the two—there was a constant connection that never disappeared.

Not only was he my father and guide, but we also shared a unique spiritual bond.

Ostad Elahi was merely nine when he began accompanying his father and mother in the regular practice of fasting and contemplation. The first time he did so was in the nearby town of Sahneh, where along with his parents and five select dervishes, he began a 40-day period of fasting and asceticism. Thereafter, upon his return to Jeyhunabad, he would repeat this same practice for 11 consecutive years in the hermitage known as the “house of asceticism.”

This house of asceticism comprised part of Hadj Nematollah’s living quarters and consisted in a few rooms and a small courtyard. This was the site where the majority of Ostad Elahi’s childhood and adolescence were spent with his father, mother, and a few privileged dervishes in 40-day periods of ascetic retreat, punctuated by brief 10- to 15-day intervals. It was during these same intervals that he would sometimes accompany his father on pilgrimage to the tombs of the spiritual saints in the region, go horseback riding, or meet with other people and dervishes for collective devotion. Of this period, he recalls:

What joyous times were those times, what a joyous atmosphere indeed! We were constantly praying and singing hymns, without any idea of what was happening in the outside world.

After two years of ascetic retreats in this manner, things changed when at the age of 11, the young child was Kuchek Ali no more. Following an exceptional spiritual event at the tomb of Soltan Eshaq, he was spiritually transformed, as though a youngster’s body now clothed a mature sage; even his name was changed from Fatollah (or Kuchek Ali) to Nur Ali.